A week from today I will be in Texas at the Rio Grande Valley Birding Festival.  What follows should be some purple prose about the utter awesomeness of sub-tropical birds, or the intimidation of birding in large groups with driven listers, or just the whole surreal wierdness of the many resources dedicated to seeing ABA-countable birds along our southern border.  But first a HUGE thanks to my family, who is letting me do this as a birthday/anniversary/sabbatical gift!

As perhaps some people besides my son might be reading this, some details about the trip are in order.  First, the festival itself is perhaps the mother of all birding festivals, now in its 21st year and renowned for its good organization and top-notch field trips. 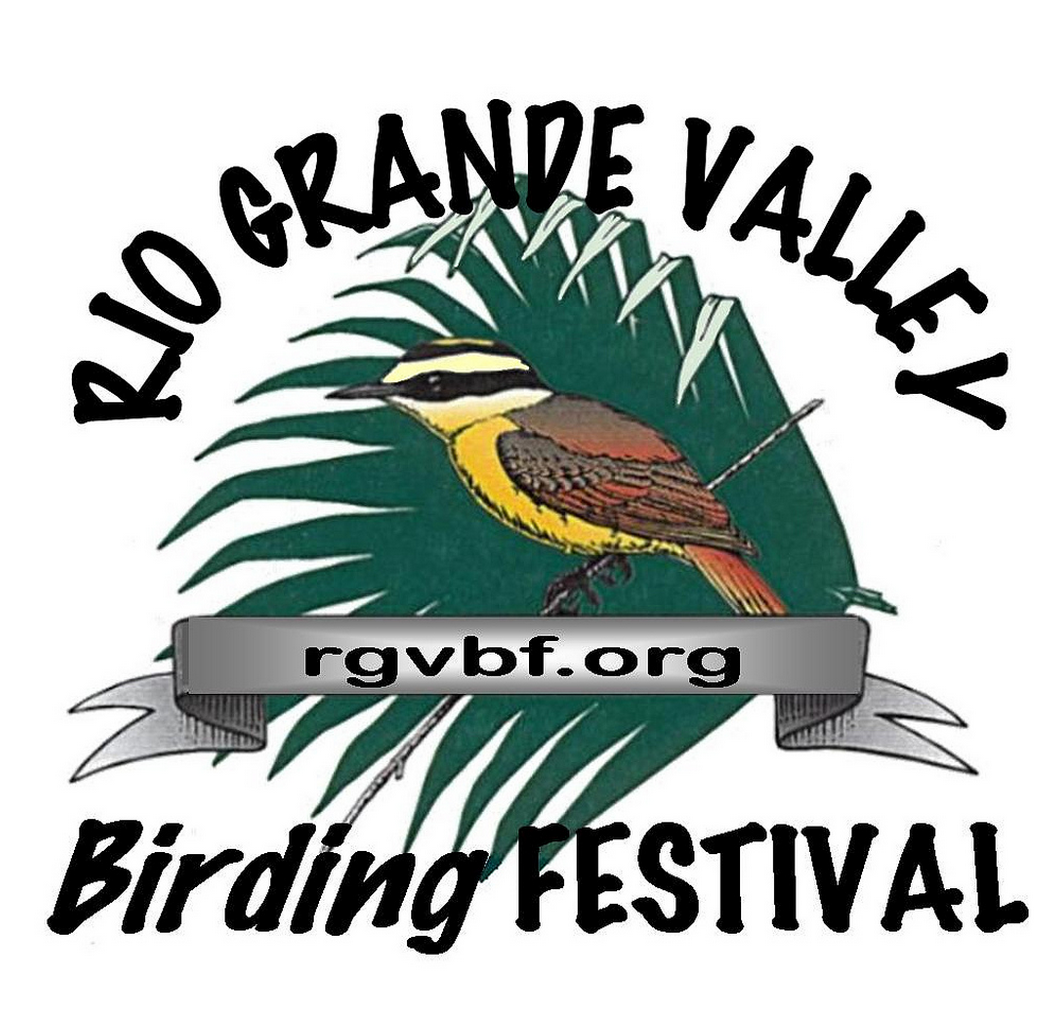 Based in Harlingen, Texas, the festival accesses the "lower Valley" stretching from Falcon Dam all the way to the Gulf of Mexico east of Brownsville, focusing on unique habitats stretched along the Rio Grande (also known as the Rio Bravo).  If you look at the map below you will see the serpentine path of the Rio Grande and a remarkable pattern of protected green spaces on the north banks of the river.  These green spaces, the Great Texas Coastal Birding Trail, and the World Birding Center of nine prime birding areas dotting the valley, are evidence of the growing role of conservation and birding in complex socio-economic and cultural history of this region.  But it was not always so, and the south bank of the Rio Grande illustrates the quite different fate of unprotected habitats. Suffice to say that we should be grateful for the local, state, and national resources necessary to protect vanishing habitats, such as Sabal Palm Sanctuary or the coastal shrubland at Laguna Atascosa NWR or the riparian woods at Bentsen-Rio Grande and Anzalduas Park.

Another map that tells the story of the success of this festival is the eBird Hotspot map for Cameron, Hidalgo, and Willacy Counties.  The red pins are all World Birding Center locations.

As primarily a Massachusetts birder, and a very local birder at that, the maps above are a foreign country, and I suspect this is the case for many people going to this festival for the first time.  There is the lure of the "Valley specialties," some 45 birds difficult, if not impossible, to find anywhere else, but there is also the uneasy attraction of the border itself, a watershed boundary that demarcates two countries (and the divergence of their shared history) but also separates birds that can be counted from those that cannot.  I confess I am troubled by a national boundary also being an arbitrary birding boundary, but birds tend to vote with their wings and birding has been good for this region. The fence runs right through both the Sabal Palm Sanctuary and the Nature Conservancy Southmost Sanctuary, which I will be visiting, passport in hand.

Here is my itinerary for the six-day trip:

Day 1:  Early departure from Boston, arriving in Harlingen just after noon.  Register, and spend the afternoon at Hugh Ramsey Nature Park in Harlingen getting a first (un-guided) look at the local specialties. In the evening there is some sort of cocktail hour/mixer, which will be fun, as birders are kind of like academics: socially awkward but more comfortably dressed.

Day 2: early start to get to Laguna Atascosa NWR at dawn.  Spend the whole day there learning birds and calls (I hate studying tapes).  A Northern Beardless Tyrannulet has been hanging around the visitor's center this week.  Depending on whether I see Aplomado Falcon, I might leave earlier and head to Old Road to Port Isabel and try for the falcon there.

Day 4: Some kind of pontoon boat trip on the Rio Grande ("is that Ringed countable?") followed by a tour of Anzalduas Park, which I am looking forward to (friends have recommended it).  Afternoon may offer a chance to chase a rarity or visit another local park such as Frontera Audubon.

Day 5:  Southmost Sanctuary.  The option was the nearby Sabal Palm sanctuary, which everyone raves about, but this place is much harder to get into and shares the last other patch of this unique habitat.  And as the name suggests, it is the southern-most birdable spot in the US. Afternoon chase?  At some point I need to at least look for Mountain Plover in the fields north of Harlingen.

Day 6: Estero Llano-Grande SP.  Wetlands! Some of my favorite habitat.  This place is rapidly surpassing nearby Santa Ana NWR as a premier location, but all this is hearsay. By this point I will be weary of trying to chase birds in the afternoon.

Day 7:  Tentative plan is to head out early to the nearest real desert locale, the "sparrow road" north of La Joya (out past Mission) to look for desert specialties like Black-Throated Sparrow and Cactus Wren.  Return to Harlingen at noon and catch my plane.

I'm hoping to do some blogging each evening, so stay tuned. There might even be photos.

Sounds like you've done your research. I'll be looking at your blog.

I got to the region in spring 2004. Advice: concentrate few spots; yes Laguna Atascosa excellent start. The long-billed curlews, green jays, great kiskadees and roseate spoonbills will make you cheer! I liked 100 or so black skimmers at the convention center boardwalk at South Padre Is.-go swimming across the street! The Harlingen city parks are interesting and Sabal Palms Audubon: ringed kingfishers, noisy chachalacas, bronzed cowbirds and short tailed hawk. At Santa Ana NWR a piraque with yellow eyes pierced early morning darkness. Couche's kingbird and a long-billed thrasher in Bentsen highlighted my list. Keep me posted on what you saw! Texas birding is very rewarding.