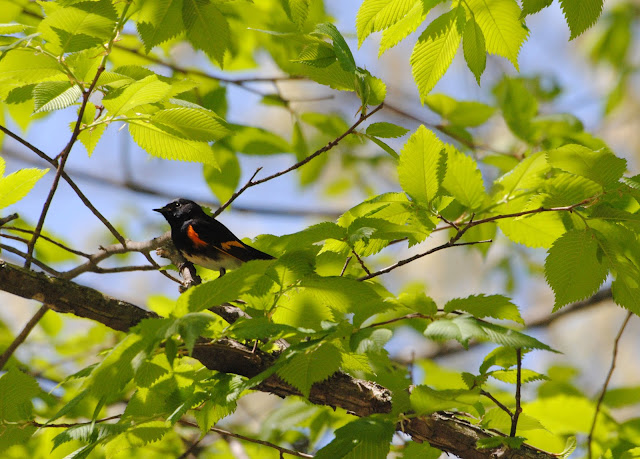 As Bob Dylan wrote, "a change in the weather is known to be extreme," and with the arrival of a large southern low pressure system have come warblers and other delayed birds.

Today Ludlow G. had his first confirmed Black-Throated Greens at the Massport trails at Hanscom, with rising numbers of Northern Parula and Common Yellowthroat (which seemed very delayed), a Black-throated Blue, and perhaps even more Blue-Winged, which are thick on the ground in several early successional areas in north Concord.  Additionally, first Red-Eyed Vireo, but still awaiting Veery, Blackburnians, Magnolias, and Redstarts.  This pattern looks like it will hold through the weekend, so we might get some good birds.

Of course, most trees are fully leaved out, so we won't see much.
Posted by David Swain at 9:52 PM