Ludlow G. cleared 200 birds in Concord during 2013 nearly two weeks ago with a Snowy Egret, several of which are now being seen daily at Great Meadows in Concord.  Joining them is an elusive juvenile Little Blue Heron.  But the star of the show, so to speak, was an American Golden Plover which arrived over the weekend and has attracted a lot of attention, as it appears to be the only one seen so far in Massachusetts. (this has since changed, with small flocks appearing along the coast).  AGPL usually leaves its last staging area in eastern Canada and heads out over the Atlantic for its very long migration to southern South America, but some stay inland a bit longer and touch down in New England before heading out.

and just this morning,

"205":  a juvenile Olive-Sided Flycatcher, or so it seemed to my desiring eyes.  It was, in fact, an adult phoebe undergoing heavy molt.  Use your imagination! 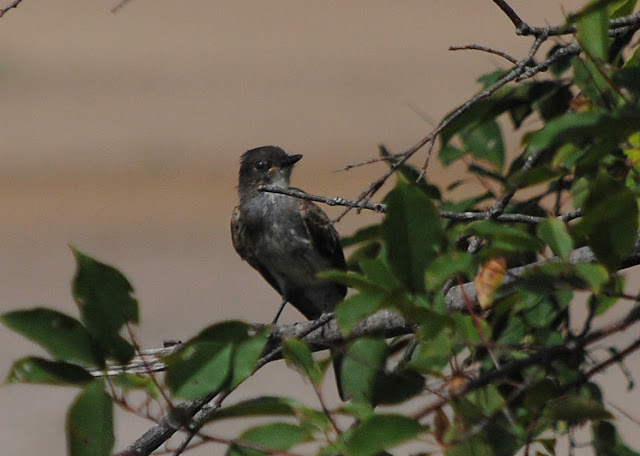 In our next post we will forecast a theoretical total for 2013 based on current needs and what has historically shown up during fall and early winter in Concord.
Posted by David Swain at 12:37 PM