Ludlow Griscom never saw a Le Conte's Sparrow in Concord, but his avatar has.  On February 11th Pete Gilmore and Paul Sullivan were walking Shadyside Avenue in the northeast corner of Concord, near the Lincoln line, when they spotted an unusual sparrow feeding in roadside grass.  They first reported it as a more-probable Grasshopper, then confirmed it as a Le Conte's.  By the end of the week hundreds of birders, photographers, birder photographers, passersby, and a van load of touring birders from New Jersey had seen this marvelous, mousy little bird.  Unlike other sparrows (except its fellow ammodramus sparrows), it would not flush when spooked; instead, it simply hunkered down or tunneled deeper into the grass.  From a distance of fifteen or even ten feet it was virtually invisible, its cryptic back pattern and buffy yellow face blending in perfectly with the grass and weeds.  There is an abundance of jaw-dropping pictures of this bird here, here, and here.  David Sibley posted an amusing video of its mouselike behavior.  Here are a couple of my more modest (cropped and somewhat sharpened) shots. 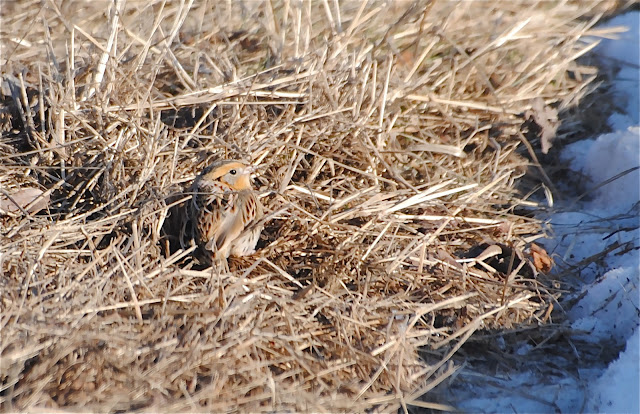 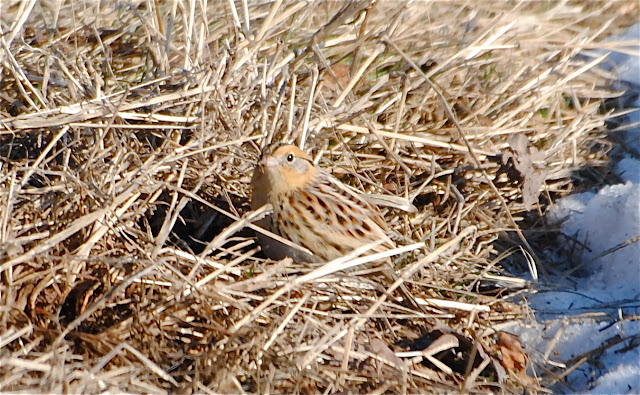 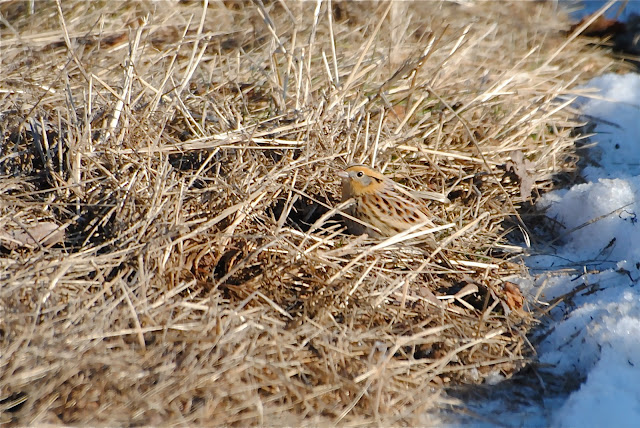 To my knowledge, the bird was not seen after February 15th.
Posted by David Swain at 7:26 AM

Nice Ludlow, Thanks for all the detail and the links. Sorry I'll miss it. Alan