Today while doing some early scouting for CBC in Concord I spotted a brilliant white raptor perched above a field with some pretty active edges.  My first hope, of course, was a Snowy, but instead it proved to be a buteo, and a very pale one.  I am no raptor expert, but I am aware that Red Tails have a Western pale morph, the nearly white high plains Krider's, and an uncommon light morph in the Eastern population.  I don't think this is a western or plains bird, but in my experience it was so unusual—and pretty—I thought I would post my highly-cropped record shots for some comment.

It was 17F, overcast, with snow flakes and a light north breeze, so this bird was really puffed up, with feathers down over its legs.  You can just make out a hint of a "belly band" and some buffiness in the un-banded tail, but overall this is a very pale bird from the throat (typical of eastern birds) through the undertail.  I did not see it fly, so I can't offer dorsal details, but the shoulder suggests light brown wings.  Not a leucistic bird but maybe a light morph Eastern bird.  Comments and corrections welcome. 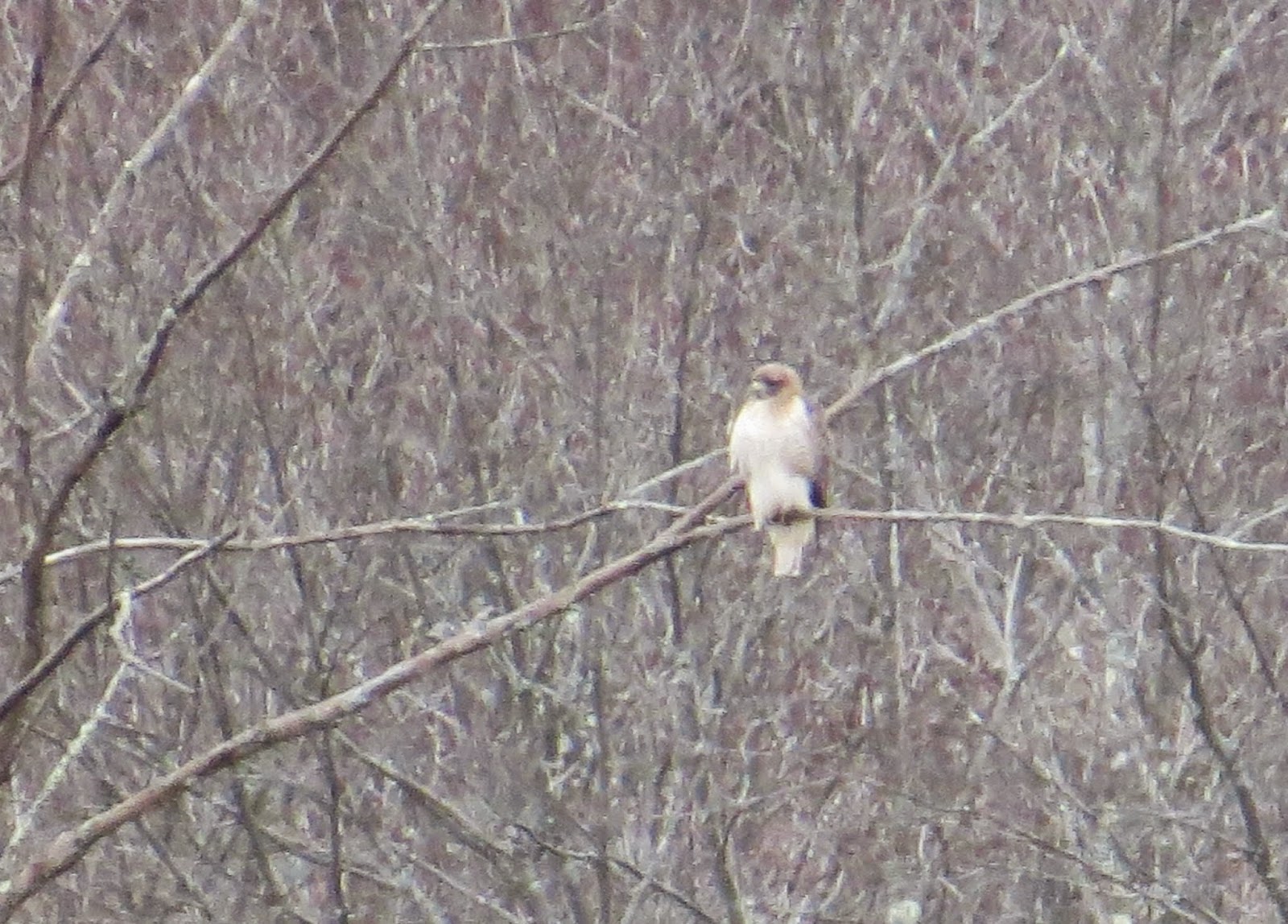 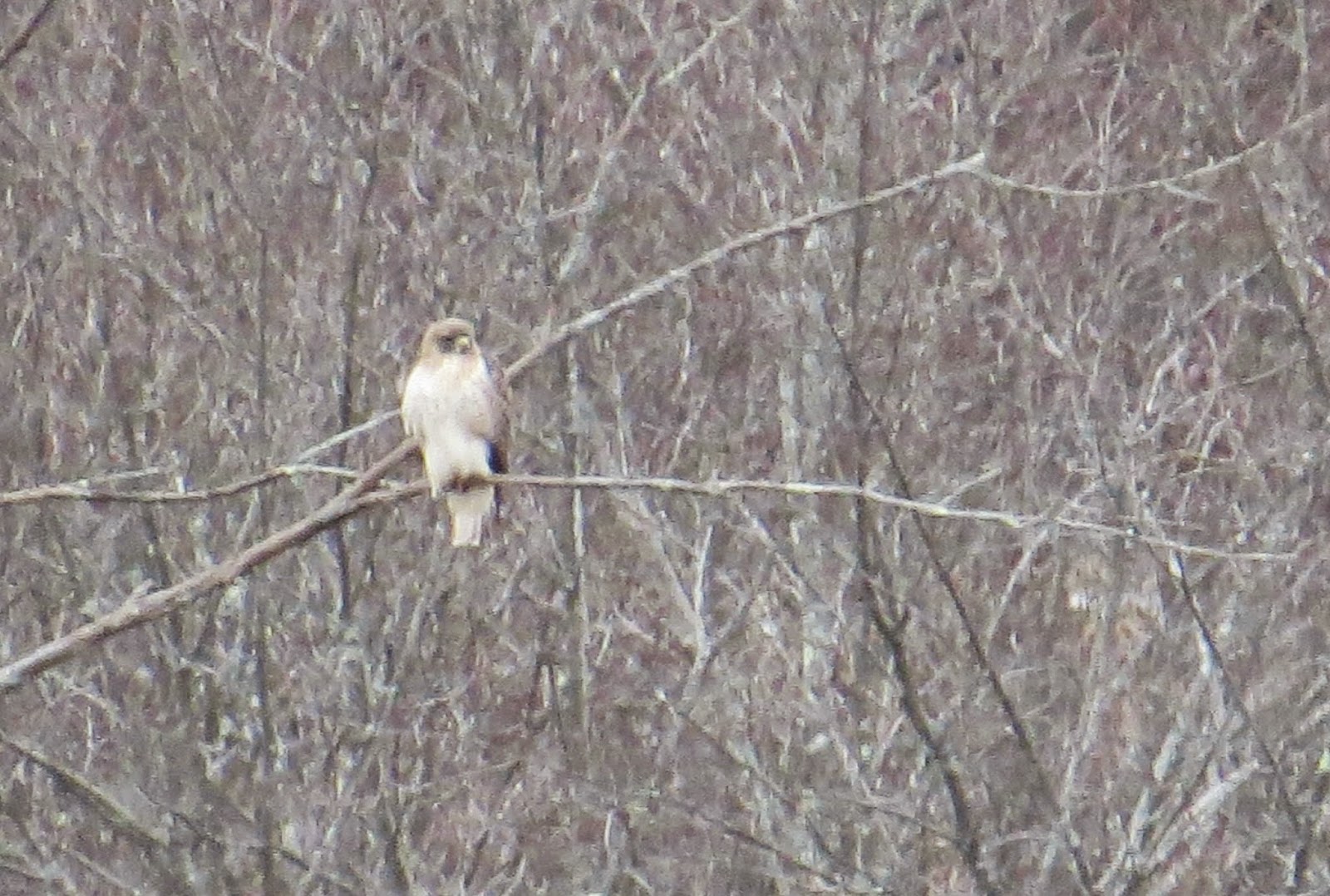 I have gotten a few comments suggesting that, while pale, this bird is within range for a normal male juvenal bird.  I did not know males tended to be paler. Also, because of the cold, the bird is very puffed up, likely blurring the belly band; additionally, the flat lighting suggested the bird is whiter than it actually is,

Another instance of the great variety and variation in birds.
Posted by David Swain at 3:11 PM

I think you got it, Krider's morph of the red tail found, according to Sibley, occasionally in the northern Great Plains. Minnesota perhaps to match his gorgeous white coat?

Except, Chris, that this bird is in eastern Massachusetts! But it raises the question: if this same bird was seen in Minnesota, would it be a "different" bird? What's in a name?

There's one very pale red-tailed that I've noticed floating around Concord in the past years, it definitely seems to only be individual variation.