I'm new to pelagic birding, having been on a total of two, count them, two whale watching trips to date. Last Friday on what is now a summer tradition my family took the Seven Seas Whale Watch out of Gloucester. Like last summer, the whales were nearly 30 miles southwest, off Provincetown, which meant a long cruise and, hopefully, lots of birds. Well, we did have the long cruise, but it was overcast, windy, and choppy, with virtually no surface feeding going on, if the whales were any indication.  But they played by the boats and offered easy pictures.  Truly charismatic megafauna. My daughter just hung at the rail in silent awe.

Have I mentioned that taking decent shots of whales by the boat is not hard? 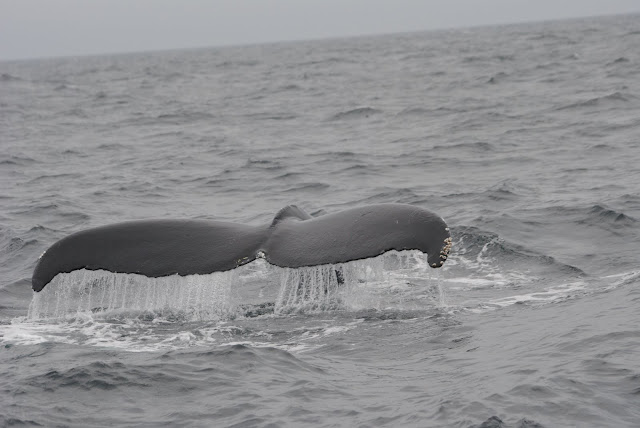 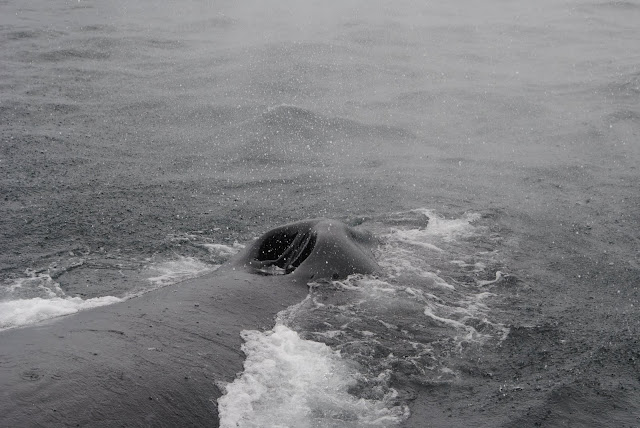 What few birds we had (scarcely a dozen Great Shearwater, two Gannets, three Laughing Gulls, a Common Tern, a couple Cory's Shearwater, the usual gulls, and about a hundred Wilson's Storm Petrel) were maddeningly hard to photograph, as no one was feeding.  I got off with a couple half-way decent exceptions out of nearly 400 shots (half of them attempts to catch a WISP in flight).  It was my first pelagic with a longer lens, so a learning experience. Click all for full size.